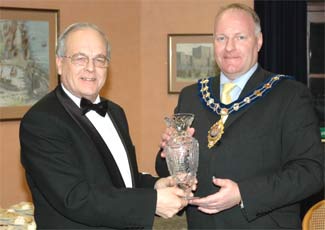 On Friday 16th February 2007 the mayor, Alderman David Hilditch MLA, held a civic reception to mark the band's success in winning the N.I.B.A. contest in October to become Irish Champions for the third time in the last five years. After the presentation of the winners medals to each member an excellent supper was provided. 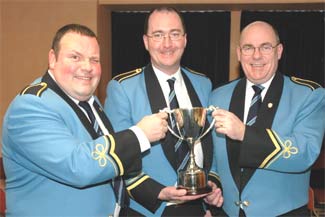 The mayor thanked the band for the work that it does for the borough of Carrickfergus and for the positive image created wherever the band plays in concert. 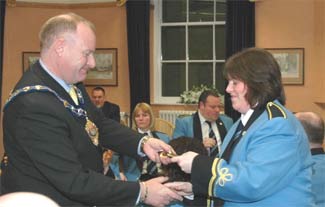 The band would like to take this opportunity to thank the mayor and the council for the honour bestowed and for their continued support in their quest for future success.