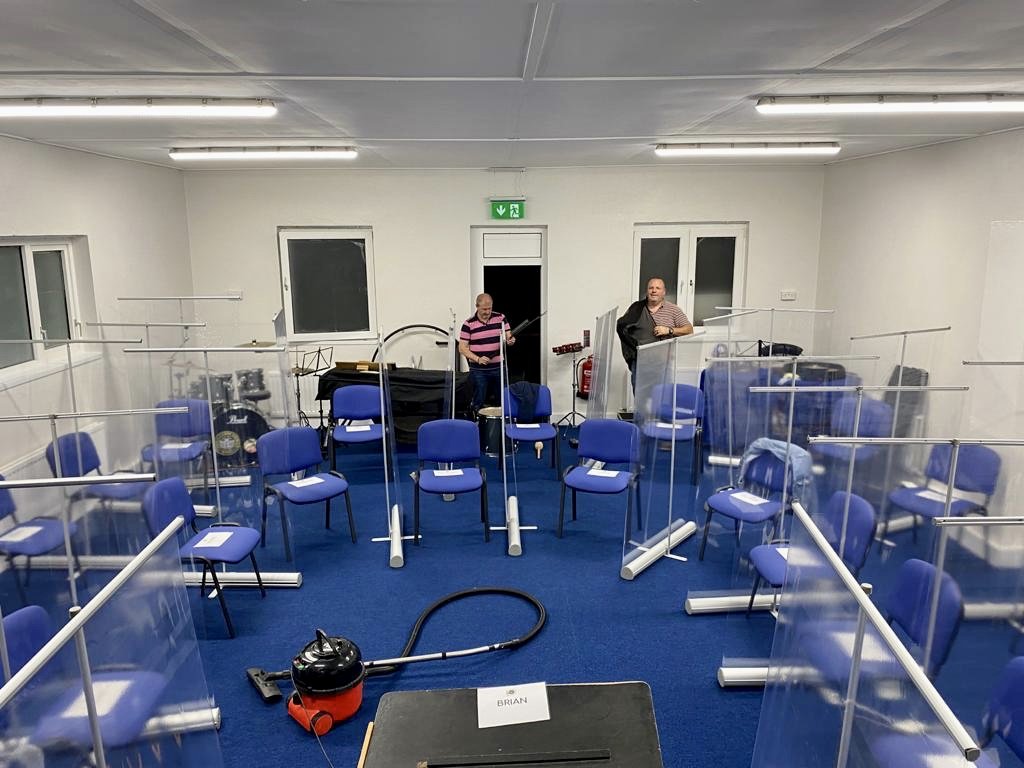 For the first time in the band's 62 year history the band has acquired its own rehearsal hall.

This purchase means that the band will have a base for all the musicians involved with both the senior and youth bands to rehearse when required and will be a huge advantage both acoustically and in the transportation of instruments etc.

A huge amount of work has already been completed by the committee team looking after the building in preparing the new hall for use including clearing (both internal and external), cleaning, joinery, plumbing & heating, electrical work, painting, carpeting etc. resulting in the band being able to hold it's first rehearsals during July in accordance with all the current regulations. Massive thanks to all of the building team including Peter Graham, Morris Cameron, Ruth Binding, David Hoppner, Graham Lorimer, Tim Glover, Colin Watson, some necessary professional trades people and other sporadic helpers for this sustained work. We are extremely exited by this purchase and while there is much work still to do, with a concerted effort by all we will ensure the future of the Third Carrickfergus Band.

Since the band's formation in 1958, rehearsal space has continuously been an issue as space to house a group of around 30 musicians, their instruments and associated paraphernalia was not the easiest to find. With the fantastic assistance over these years from various churches and other organisations including Carrickfergus Council the band has always been able to find a space to rehearse. This has resulted in more than 12 rehearsal spaces over the years - all with differing acoustics and providing various levels of difficulty in transporting of instruments etc. We are, however, immensely grateful and wish to take this opportunity to thank all those organisation for their help and support to allow us to continue to train and prepare for performing to audiences and competing.