A busy week for the band culminated with the arrival of the extremely talented composer, arranger, conductor and percussionist, Paul Lovatt-Cooper who had been commissioned by the band to compose a march as part of the Golden Jubilee celebrations.

Paul very kindly gave his time and efforts to work with the band on Thursday 24th and Friday 25th July 2008 in the rehearsal of the the new march which has been named "On The Castle Green" giving a composer's insight to how it should be played, along with additional work with various other pieces in the band's reportoire. 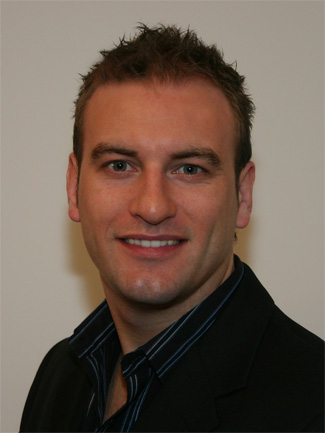 Paul Lovatt-Cooper is one of the hottest young composing talents of his generation. He is currently the "Composer in Association" with the world famous Black Dyke Band and is currently enjoying performances and premiers of his works all over the world.

Paul has enjoyed performances of his works including world premiers in the UK and in countries such as Ireland, Holland, Belgium, Switzerland, New Zealand, Japan, Australia, and The United States. His pieces have been performed in some of the worlds finest concert halls including Birmingham's Symphony Hall, Manchester's Bridgewater Hall, Perth's Concert Hall, Cardiff's St David's Hall, Holland's De Lawei Concert Hall and London's Royal Albert Hall.

His composing skills have earned him commissions from various bands including Black Dyke Band, Cory Band, BT Band and the National Children’s Band of Great Britain. As well as ensembles Paul has had commissions from international soloists such as Brett Baker, Richard Marshall, John Doyle, David Childs and Owen Farr.

Paul’s talents as a composer have attracted attention from various musical circles including the world famous composer Karl Jenkins' latest EMI Classics CD entitled "This Land of Ours" featuring music written and arranged by Karl. However Karl was so impressed with Paul's "Where Eagles Sing" that he included the piece as the finale to the CD. "Where Eagles Sing" was also performed on BBC Radio 2’s famous "Friday Night is Music Night" programme by the Coldstream Guards.

Paul is continuing to enjoy performing with the Black Dyke Band all round the world and his position as Composer in Association with this illustrious band.

All band members had an enjoyable time working along with Paul, and we are sure that all our audiences in the many years to come will be entertained by this new signature march - which will feature on the band's forthcoming CD which is due for release in 2009.

The band would like to take this opportunity to thank Paul for his work, enthusiasm and willingness to take time out of his very busy schedule and wish him continued success for the future.

You can keep up to date with Paul and his music at his website plcmusic.com