The junior and training bands held their annual concert and prize giving today in the War Memorial Hall, Carrickfergus.

At 10.30am Des Graham, Principal Director of Music of the Third Carricfergus Band welcomed everyone to the concert and introduced the immaculately dressed Junior Band to the stage with their conductor, Peter Arthurs. 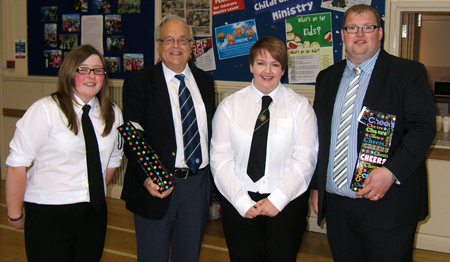 The hall was well filled with an audience consisting proud parents, relatives, tutors and senior band members, the Junior Band got proceedings under way with and excellent rendition of the famous Brass Band March, True & Trusty.

The concert then continued with the junior band performing a wide range of music and some fine soloists too. During the concert the training band were also featured playing 3 pieces under the direction of Des Graham.

As in previous years, it is evident that the standards are continuing to improve and that a lot of work has been done by both the players and the tutors for this to happen.

The morning's entertainment was concluded with a great performance of Highland Cathedral after which the Junior and Training Bands received a very warm reception from the audience.

After the concert came the awards, with the prizes being given out by the band's special guest, Mr Ivor Stevenson, the driving force behind the annual Armagh Brass Band Summer School which takes place each year and features expert tuition from members of the Fodens Band. Our thanks go to him for his interest and attendance today.

The band would also like to thank all those who attended the concert today and hope that you will continue to support the players of tomorrow. Thanks also to all who supplied and served tea and buns. Last but not least special thanks to Peter Arthurs, Des Graham and all the other tutors and helpers without whom this excellent work could not take place.

Click here to see more pictures from the concert and the prize winners. 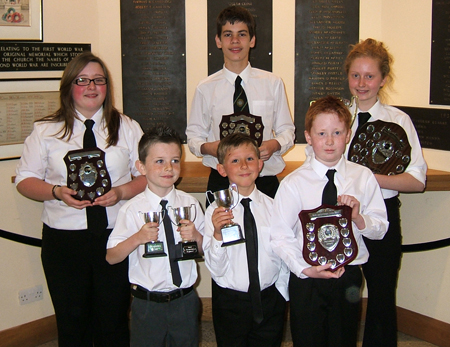 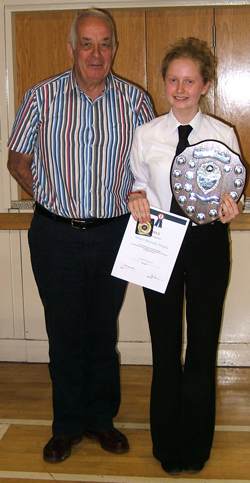 Congratulations to all winners, runners up and all players involved today. The junior and training bands now go on their summer holidays and will start back again on Tuesday 27th August 2013 at 18:30.