The tutors taking part are:

The event will take place in the War Memorial Hall, Lancasterian Street - Carrickfergus on Friday 6th June and Saturday 7th June and will feature Principal players of the senior band giving masterclasses and preparing the young musicians for the concert which will take place at 15:30 on Saturday afternoon.

The tutors are looking forward to the opportunity of working with the junior band members where their experience and teaching will hopefully give suitable encouragement to our up and coming musicians.

The format for the weekend is as under: 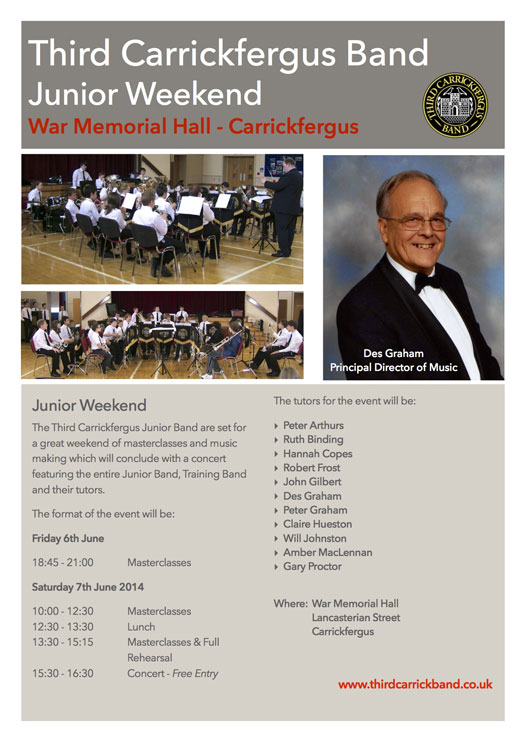