Friday 9th April 2010 heralded the arrival of a team of 12 virtuoso performers and tutors from The Cory Band for a weekend of brass where, under the direction of the brilliant Steve Sykes, they were working with upward of 60 members from various junior bands from Northern Ireland. This culminated in an exciting concert which took place on Saturday 10th April in a packed War Memorial Hall in Carrickfergus. This showed off the stunning work done by the tutors in such a short space of time. One of the highlights of the weekend was the astonishing performance by virtuoso trombonist Chris Thomas of Arthur Pryor's Bluebells of Scotland which received a well deserved standing ovation from a mesmerised audience. 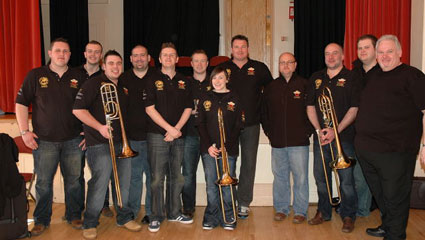 In addition to their work with the youth band, the Cory Band members tutored and mentored the Wellington Memorial Silver Band and Third Carrickfergus Band as they prepared for the forthcoming BBL contest.

We all offer our sincere thanks to all the Cory Band members who worked so hard for so long and made the weekend fly by despite the long hours. They all were a credit to their profession and their band. Dr Robert Childs can be very proud of his team. 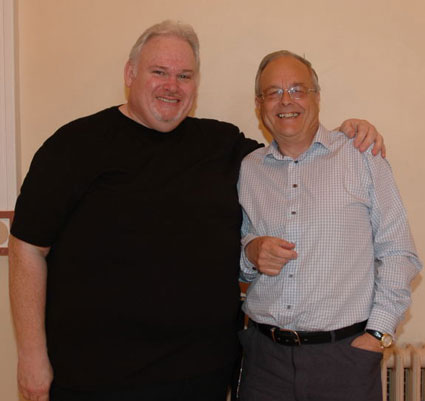 The music played at Saturday's concert was;